This week’s HoH and the Leftovers have all of their ducks in a row.

Monte has nominated the duo of Alyssa and Indy.

Taking individual meetings in the HoH room today Monte was spinning his preferred nominations in a very careful and very comprehensive way leaving no logical wiggle room to question his decision. He was repeating the same thinking, the same reasons to everyone he spoke to.

Monte’s targets are Nicole or Alyssa.

Daniel and Nicole were the first to state their cases, although separately.

Daniel maintained he was not angry upset at the blindside yesterday.

“I am not dumb. That is a great game move. I don’t know if it was set up by Turner but I am cool with it. In my head, I don’t know how I would do it because I have grown close to her (Ameerah) but I just wanted to be up front. I am not one of the people stressing about it or are mad about it,” he told Monte. 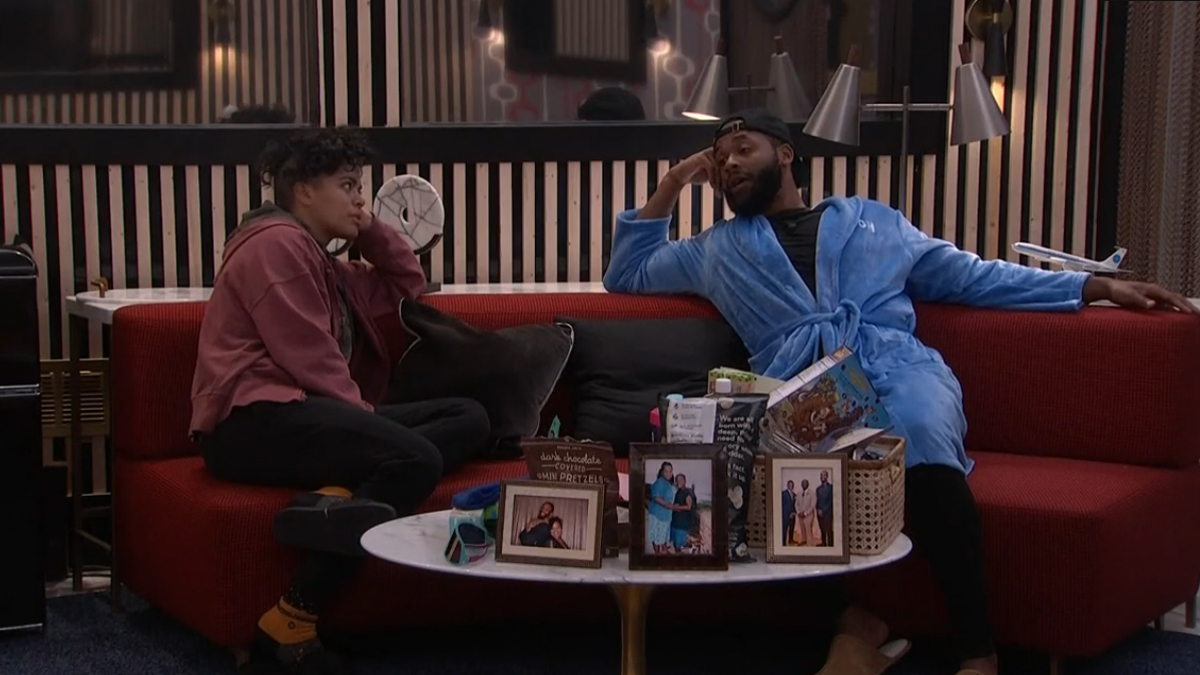 Nicole repeated most of what Daniel said offering to work with him.

“I have all the loyalty and all the integrity in the world and I will not waver. I give that to you 100 per cent,” said Nicole trying to sway Monte back to her side.

In direct but smooth fashion Monte let Alyssa and Indy know they were probably going up on the block as a Festie Bestie duo.

“I am thinking about my five options. Michael and Brittany. Michael’s birthday is this week and he has been on the block like fifty times and I don’t think we should depend on him to win every veto. There’s Jasmine and Turner. Jasmine is still not 100 per cent and I don’t think it is fair to throw her into a veto competition and expect them to win anything to bring themselves down. Plus, they both have-nots this week. Taylor and Nicole, they are the backdoor option. Then, there is Kyle and Daniel as well as you and Indy,” said Monte explaining to Alyssa that he doesn’t want Kyle or Daniel on the block because he needs to keep athletic men as shields in the game.

“I understand and I think you are going to do whatever you have to do but I would never do that to you,” said Indy. “That is my heart. That is me talking. I cannot request the same of you. Even if people came to me 20 times, 30 times, it is someone’s birthday, you are my person and I wouldn’t do that to you.”

To catch up on the recent episodes click here.