How many times have you sent a text only to realize too late that it contained a mistake? Have you ever sent a text to the wrong person? If you’re wishing there was a way to reverse all those autocorrect fails, Apple’s latest version of iOS lets users edit and unsend messages.

There are some limitations to keep in mind, though. You only have 15 minutes to edit or unsend your message. These features also only work with iMessage, and not SMS or MMS messages, so conversations with Android users are not supported.

You also must be running iOS 16/iPadOS 16 or higher to gain access to these new features. The final version is expected in the fall, but you can sign up for the iOS 16 beta right now to try it out. Here’s how to edit or unsend a message.

How to Edit iMessage Texts

Let’s say you made a typo in the Messages app. You see the typo and want to correct it for yourself and the recipient. In iOS 16, you can now long-press the text and tap the Edit option from the pop-up menu. Edit out the mistake and tap the checkmark to send the corrected version of your text.

Recommended by Our Editors 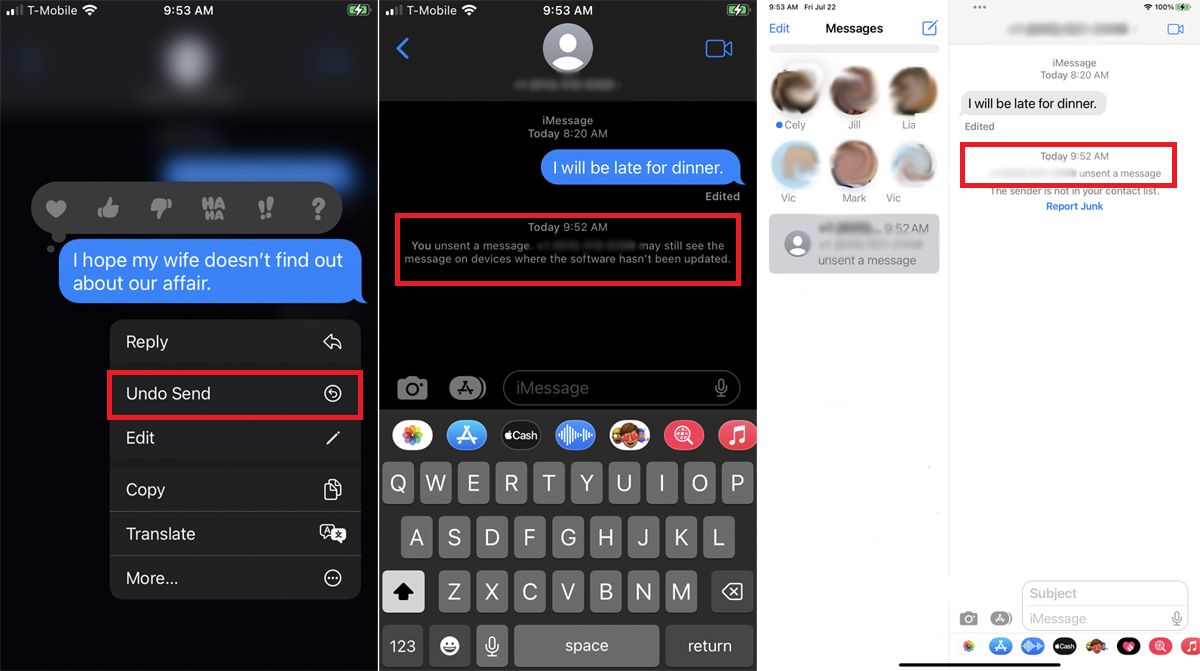 Now let’s say you want to recall an entire text; maybe you messaged the wrong person. To recall a text completely, long-press on the message and choose Undo Send from the pop-up menu. You are told that you have unsent the text. At the same time, the message disappears for the recipient.

It should be noted that the recipient will also receive a message stating that you have unsent a text in your conversation with them. Also, the unsent message will still appear for anyone who has not updated their device to iOS 16 or has an Android device, so be careful.

Sign up for our Weekly Apple Brief for the latest news, reviews, tips, and more delivered right to your inbox.

This newsletter may contain advertising, deals, or affiliate links. Subscribing to a newsletter indicates your consent to our terms of Use and Privacy Policy. You may unsubscribe from the newsletters at any time.