Renowned Taiwanese overclocker has been working tirelessly to achieve a world record with DDR5 memory overclocking.

What is important to note is that this memory overclock was achieved on air, but the CPU was indeed using exotic LN2 cooling. With such a frequency, HiCookie scored the first place in the HWBOT memory frequency ranking, breaking the previous record of 5564MHz. 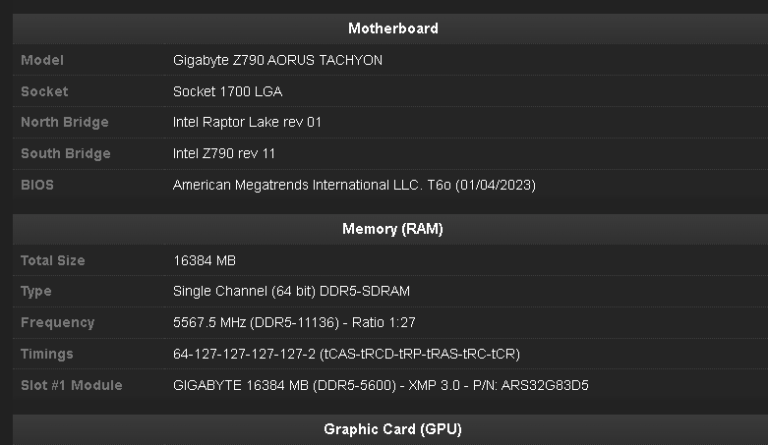 The company is not selling this AORUS DDR5 memory kit yet. In fact, none of the DDR5 kits currently on sale look like the memory shown in the overclocking video. That said, HiCookie is either using a preproduction memory or a custom heatsink was used.

With such frequencies, the DDR5 memory is slowly reaching the desired maximum of 12600 MT/s, but at the current pace this will take another year if not longer before we start seeing 10000 MT/s kits in stores.