What’s being called a historic accord is being signed today in Stephenville that will provide so-called green hydrogen to Germany.

German Chancellor Olaf Scholz and a long list of the leaders of some of Germany’s biggest companies are in Stephenville today – the future site of World Energy GH2’s proposed green hydrogen development.

Among the German captains of industry in attendance are the CEOs of Bayer, Siemens, Volkswagen, and Mercedes-Benz.

Chancellor Scholz will be joined by Prime Minister Justin Trudeau, and a number of federal cabinet ministers, members of the Qalipu and Miapukek first nations, and representatives of other large-scale renewable hydrogen initiatives from across Atlantic Canada. 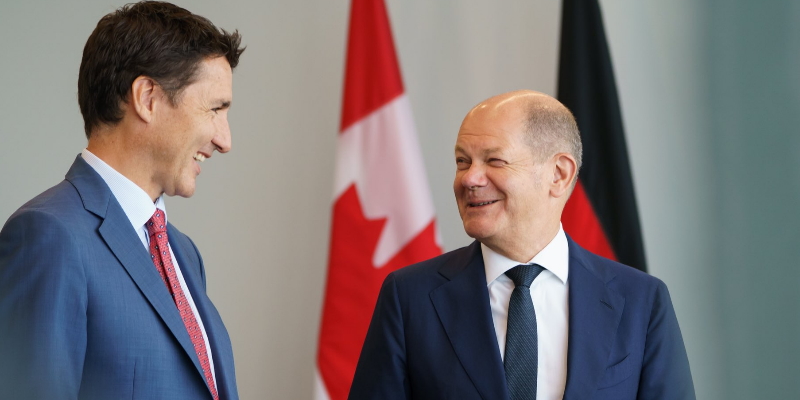 World Energy GH2 is proposing to develop a hydrogen and ammonia-generating facility on the Port au Port Peninsula, with 164 turbines to power a facility at the port of Stephenville. The ammonia will be used to transport hydrogen over large distances.

The German Chancellor, who has been in Canada for a couple of days, will arrive in Stephenville this afternoon. He will participate in a trade show and tour of the site soon after his arrival. VOCM News will be there.