The technology world is transitioning to better connections and internet for their products and use, with Intel reportedly looking into adopting WiFi 7 for its devices in the coming two years. It leaves behind rivals that come in the same league, and one example would be Apple which is on the verge of changing to WiFi 6E for its devices in the future.

However, new WiFi modules would not matter as much if service providers do not yet offer these services for all.

Intel is Looking to Release WiFI 7 for its Devices 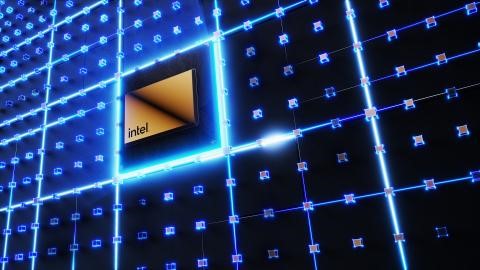 Intel is looking to release its WiFI 7 transition by 2024.

This report came from ET News, and it said that it is twice the speed of WiFI 6E. The next-generation WiFi module that it would use for computers that aim to bring Intel as its processors will soon get blessed with a significant connection for wireless internet.

WiFi 7 is still a myth in this world as the latest connection there is available focuses on WiFi 6E for devices, and not all technology is already the next-generation WiFi connection.

However, the transition may happen in two years, and it will take a lot for Intel to bring this new WiFi feature to all, and by that time, there may be ready and applicable devices offering WiFi 7 as well.

Read Also: Intel to Raise Prices of its CPUs and Chips, Laptops and PCs to Follow in Late 2022

Apple is Gearing Up for WiFi 6E Adoption

On the other hand, a significant Intel rival, Apple, is only on the verge of transitioning to WiFI 6E for its devices, and according to MacRumors, it is long overdue for the Cupertino giant. Supposedly, it is happening for the iPhone 13’s release, but it did not see the 6E change, only featuring the new WiFi 6 that it brought for its devices.

Apple and Intel were once partners in bringing computers and chips together, as, before 2020, the Cupertino giant used processors for its MacBook releases that Intel manufactured. However, all that dropped when Apple focused on debuting its M1 Silicon processors, which changed a lot on their relationship with the semiconductor company.

Since then, Intel has focused on improving its tech and talking about how its devices are better than the M-series products compared to Apple. A COMPUTEX 2021 presentation from Intel also talked about how MacBook computers are “not for gaming” and that the company’s devices could not take significant processes with the chip.

Since then, there have been significant comparisons between Apple and Intel that look into their benchmark scores, with results bordering on Intel’s Arrow Lake design.

Intel is a direct competitor to Apple, and this new advancement would be a significant dispute for the Cupertino giant as it is not yet reportedly ready for a WiFi 7 transition like Intel. For now, Apple is focusing on its change to WiFi 6E, and soon, the world will change to other WiFi connections that would be better than what we have now.

Intel may be one of the firsts in this league.

Related Article: Intel Announces It Will Manufacture Semiconductors for Taiwan’s MediaTek to Give Company a Business Boost

This article is owned by TechTimes

ⓒ 2022 TECHTIMES.com All rights reserved. Do not reproduce without permission.