Both phones boast impressive upgrades in features to earlier versions 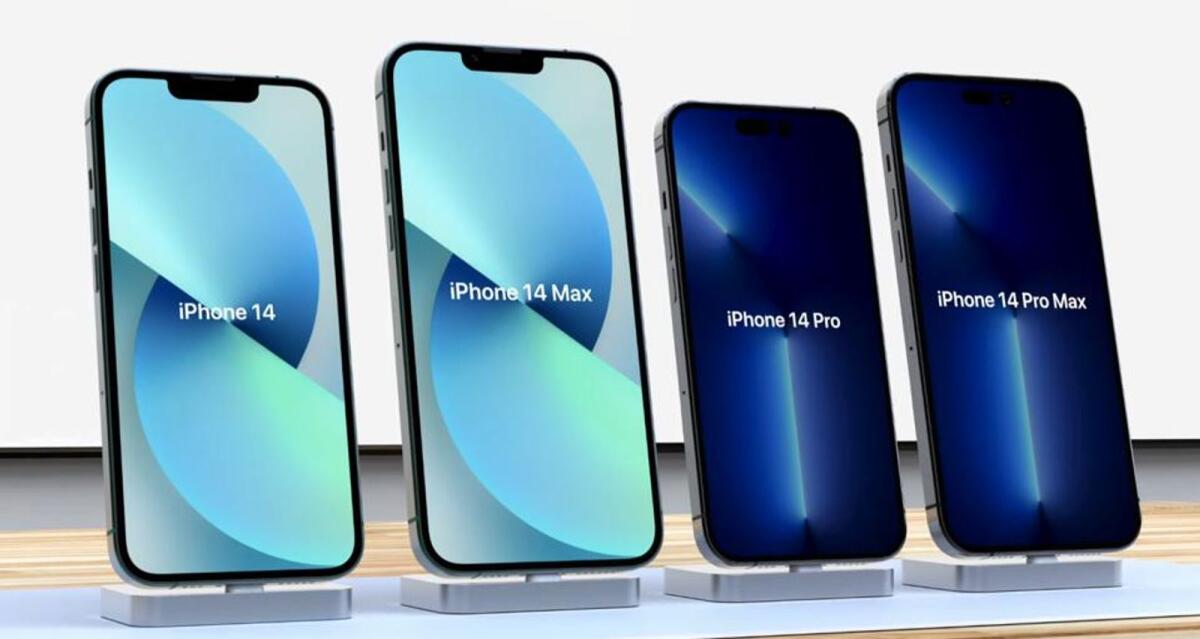 Renders based on rumours. Photo: Forbes

The second half of 2022 will see a host of new smartphone releases, the most anticipated of which are the iPhone 14 series (which will have the iPhone 14 and the iPhone 14 Pro), and the next in Samsung’s foldable phone series, the Samsung Galaxy Z Fold 4.

Both phones boast impressive upgrades in features to earlier versions. These improvements will be reflected in prices as well, which are expected to rise significantly.

The beta releases of iOS 16 have pointed to an ‘Always On’ mode in the latest iPhone, according to Forbes.

9to5Mac has found and activated the ‘Sleep’ mode. In this mode, the iPhone display is tinted and darkened when the device is locked, rather than turning off completely. Widgets, clock, and other features on the screen will be visible when the phone is locked too.

TF International Securities analyst Ming-Chi Kuo has said that despite supply chain issues, the production of iPhones is on track and will be released in the fall, as is usually the case with new iPhones.

He also reports that the standard rear cameras on the iPhone 14 Pro and iPhone 14 Pro Max will be upgraded to 48-megapixels, an increase from the 12-megapixel sensor in iPhone 12, according to 9to5Mac.

Kuo expects the release of four models of iPhone 14 in 2022: two 6.1-inch phones and two 6.7-inch phones. One of each size would be designated as the ‘Pro’ option.

The 48-megapixel spec is rumoured to be only for the more expensive Pro models.

Meanwhile the next edition in Samsung’s Z Fold series will be released on August 10, 2022, in an event called ‘Galaxy Unpacked’. It will be live-streamed from the official Samsung website.

According to Tech Radar, this version might have a more dust and water-resistant design than the Samsung Galaxy Z Fold 3, coupled with a bigger battery, an improved under-display camera, and lighter body.

It is also likely to have a slot for the S Pen stylus and a powerful Snapdragon 8 Gen 1 chipset, says Tech Radar, citing leaks.

The fold in this model is said to be less visible than that in the Samsung Galazy Z Fold 3, according to Tom’s Guide.