Johnny Depp and Amber Heard Each wanted to seriously paint the other in a bad light — worse even than we saw at trial … with even more damning claims surfacing post-verdict.

A treasure trove of court docs has been unsealed, and according to multiple outlets … they contain mountains of unheard evidence that ultimately didn’t make it in front of the jury — forming salacious claims about each party that hadn’t been known until now.

Some of the more noteworthy ones include a claim from Team Johnny that Amber allegedly worked as a stripper and escort at some point early in her career — something his lawyers apparently wanted to present at trial, but were shot down in the end by Judge Azcarate.

There’s also reportedly mention of a reality show Amber’s sister, Whitneyshot once upon a time which contained what Team Johnny seems to have thought was some harmful info about Amber — also having to do with her past — but the judge wouldn’t let that in either.

As for Team Amber … her lawyers wanted to enter Marilyn Manson texts between him and Johnny that they felt showed him giving pointers to his pal about how to deal with an “amber type scenario” of his own … and even seeking refuge with Johnny in 2016 amid relationship problems he was dealing with that seemed to be teetering into legal territory. 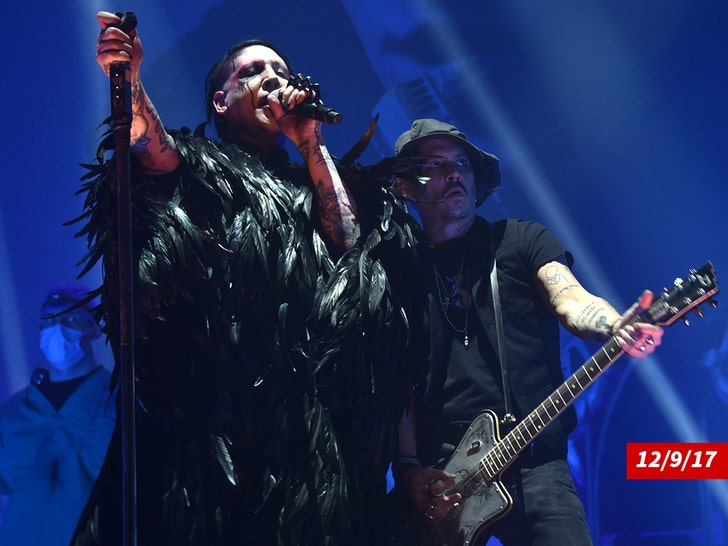 One text from MM to JD around that time reportedly read, “I got a serious police amber type scenarios with L’s family. I’m f**king stressing. I don’t know if you are back but I need asylum somewhere because I think the cops might be headed my way.” This is in reference to someone named Lindsaywhom Manson said had pulled something similar to Amber and who he called “amber 2.0” … to which Johnny responded with acknowledgment and support.

There’s more evidence AH wanted entered about how Johnny’s ‘Pirates 5’ days were worse than previously thought — and how Disney was supposedly fuming about his behavior throughout production. She also wanted to mention other cases he was dealing with — including his assault lawsuit, which he recently settled … all of which were omitted.

As we all know, the evidence presented was pretty focused and specific to Johnny’s specific defamation claims, and Amber’s own as well. We got an earful of just that alone, but if any of this other stuff had been permitted … the case probably would’ve lasted way longer.