The new iPhone 14 lineup is expected to be as expensive as the iPhone 13 models.

(Photo : Photo by Getty Images)
The person passes a large outdoor advertisement for the Apple iPhone 13 Pro on April 11, 2022 in Wuhan, Hubei province, China. According to local media reports the first Apple store will open in Wuhan International Plaza while the 44th in the mainland.

However, new rumors suddenly appeared, claiming that the upcoming iOS handset would be more expensive than its predecessor.

Specifically, speculations claim that the upcoming next-gen Apple smartphones will be $100 more expensive than the iPhone 13.

Dan Ives, a well-known WedBush Securities analyst, said that he expects the new iPhone 14 lineup’s prices will increase by $100.

“We believe a $100 price increase on the iPhone 14 Pro/Pro Max is likely in store given components price increases as well as added functionality on this new release,” said Ive, Ives via MacRumors.

According to Forbes’ latest report, the alleged $100 price hike will specifically affect the iPhone 14 Pro models (Pro and Pro Max). 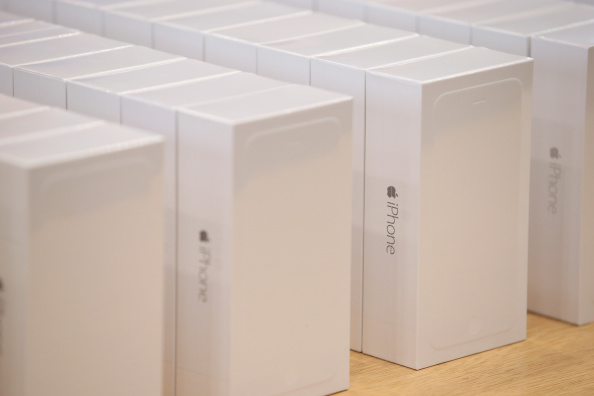 (Photo : Photo by Sean Gallup/Getty Images)
New Apple iPhone 6 phones await customers at the Apple Store on the first day of sales of the new phone in Germany on September 19, 2014 in Berlin, Germany. Hundreds of people had waited in a line that went around the block through the night in order to be among the first people to buy the new smartphone, which comes in two versions: the Apple iPhone 6 and the somewhat larger Apple iPhone 6 Plus.

But, as Ives stated, the price for the base iPhone 14 model will be the same as iPhone 13.

If his predictions really come true, then consumers may have the following prices for the next-gen iOS device:

On the other hand, various experts claimed that the $100 price increase for the two high-end iPhone 14s is a part of Apple’s new financial strategy, which adds a $30 premium to orders made without the 14-month carrier contract.

How Would iPhone Consumers Be Affected?

Once the new iPhone 14 lineup arrives, Apple consumers are expected to face a new pricing setup from the tech giant manufacturer.

Since there will no longer be a Mini version, Apple said the base iPhone 14 would be the starting point for the next-gen iOS smartphones.

This means consumers will have the $799 iPhone 14 as their cheapest option to upgrade their older Apple smartphones.

Ming-Chi Kuo said that this setup would likely make consumers spend 15% more to upgrade to iPhone 14. However, experts believe this will not discourage iOS users from buying the new iPhone 14 models.

Previously, critics claimed that the new iPhone 14 is at a disadvantage against next-gen Android smartphones.

Meanwhile, an iPhone 14 storage upgrade is expected to happen.

For more news updates about the new iPhone 14 and other upcoming Apple gadgets, always keep your tabs open here at TechTimes.

Related Article: Apple: iPhone 14 to Go On Sale on September 16, A Week After Launch [RUMORS]

This article is owned by TechTimes

ⓒ 2022 TECHTIMES.com All rights reserved. Do not reproduce without permission.