Is the BC housing market in full-blown cooling mode like the rest of Canada?

That’s what a new report by RBC seems to suggest even though market activity remained high over the month of May.

Home resales fell for a third consecutive month in May as they were done 8.6% compared to April. The RBC report also states that home prices are softening, primarily in BC and Ontario, but that there are also signs that the housing market is weakening in Alberta.

RBC thinks that this could signal a broad-based property depreciation in the period ahead.

Sellers are “losing their grip” in BC

“The starkest developments are taking place in Ontario and British Columbia where sellers are rapidly losing their (previously strong) grip on the market — although demand-supply conditions aren’t putting in the driver’s seat quite yet,” said Robert Hogue, assistant buyers chief economist at RBC, in a recently-published report.

While demand is cooling, more properties are being added to the market.

It presents an interesting potential reality if this trend were to continue, as buyers typically haven’t been in the driver’s seat in this market in years.

“Sellers however still hold firm positions in other regions of the country. Atlantic Canada markets, in particular, continue to be exceptionally tight,” said Hogue.

Home prices coming down in BC 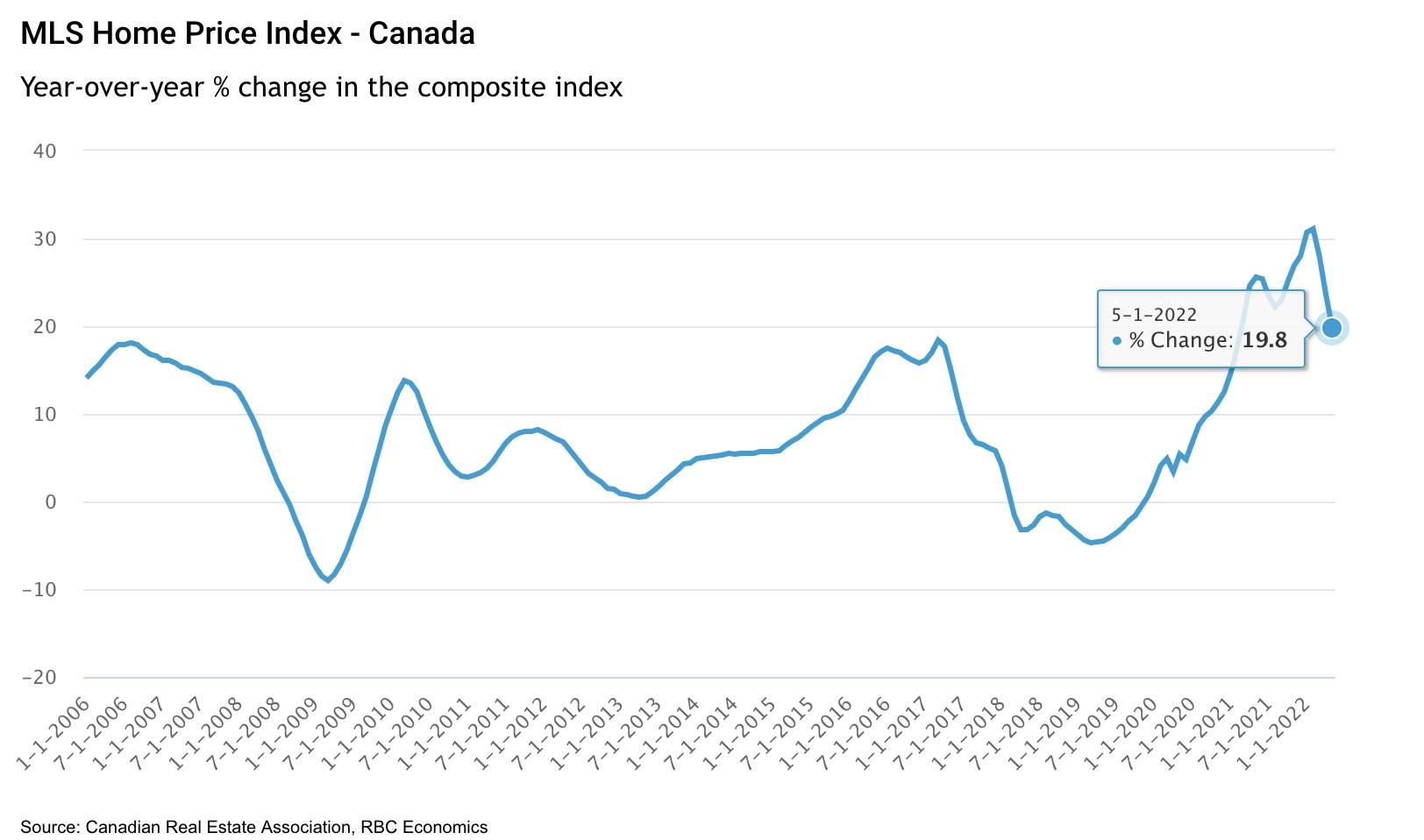 Prices continued to fall in May, and BC accounted for most of the softening in Canada.

RBC states that the BC market is particularly sensitive to interest rate increases, and it expects downward price pressure to continue to build. It also expects the cooling trends from the last few months will intensify in the coming months, which will lead to widespread price corrections — particularly in BC.

“Peak-to-trough, we think benchmark prices could decline around 10% nationwide, and closer to 13% in Ontario and British Columbia. Corrections in other provincial markets are likely to be more modest.”

With files from Zoe Demarco