Shopping second-hand is a surefire way to save money on clothing costs. Or is it?

According to Vancouver shopper Yousef Ahmad, not always.

Ahmad was shopping at the Value Village on 6415 Victoria Drive in Vancouver Sunday night when they got sticker shock.

They found a garment priced at more than double what it appears to have originally retailed for, per the price tags. 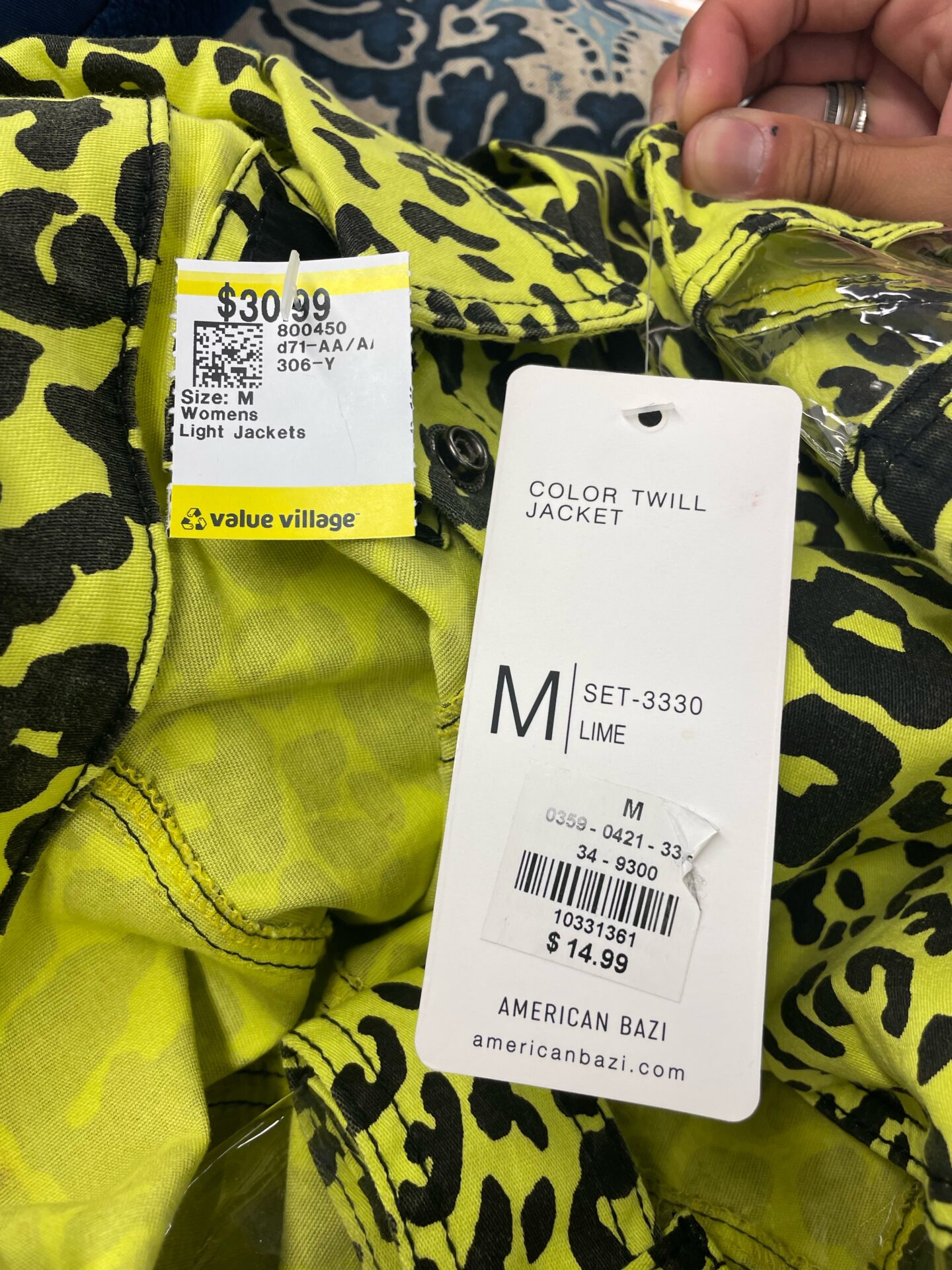 The original retail price of an American Bazi brand lime-coloured jacket was $14.99. But the Value Village price tag was asking for $30.99.

“It is entertaining to see the greed and ignorance of commercialism and thrifting in Vancouver,” Ahmed told Daily Hive. “This instance proved it to me.”

Daily Hive has contacted Value Village for comment and will update this story.

In recent months, social media users have called out Value Village for its high prices.

A TikToker from Vancouver recently blasted their local store, saying that the items it retails at high prices are cheap to produce or find at the dollar store for less.

A Reddit post reportedly taken in an Edmonton Value Village showed used mason jars priced up to $15. There’s even a change.org petition saying that “Value Village has gotten way out of hand with their price.”

So as you’re second-hand shopping, look out for any additional tags on garments, just in case!

With files from Daily Hive Staff.