Edwards was down 3-1 on the judges’ scorecards heading into Round 5 and was en route to a decision loss before he landed the blistering head kick that sent shockwaves throughout the MMA community.

The knockout left UFC middleweight champion Adesanya stunned, who was in agony watching his good friend Usman go down. But when the camera panned on his manager Tim Simpson, who also manages Edwards, Adesanya couldn’t help but smile.

“As much as I am happy for Leon, I’m more happy for team,” Adesanya said on his YouTube channel. “Because, Tim, our manager, I know how much this meant to him. It’s bittersweet. I’m so happy for Leon and Tim, but then I’m so sad for Kamaru. But then also I know, like the rematch – they’re going to have a rematch clause or something, so I know it’s going to be in there.”

Watch Adesanya’s reaction to Edwards’ knockout of Usman and more in the video below:

The Blue Corner is MMA Junkie’s blog space. We don’t take it overly serious, and neither should you. If you come complaining to us that something you read here is not hard-hitting news, expect to have the previous sentence repeated in ALL CAPS.

For more on the card, visit MMA Junkie’s event hub for UFC 278. 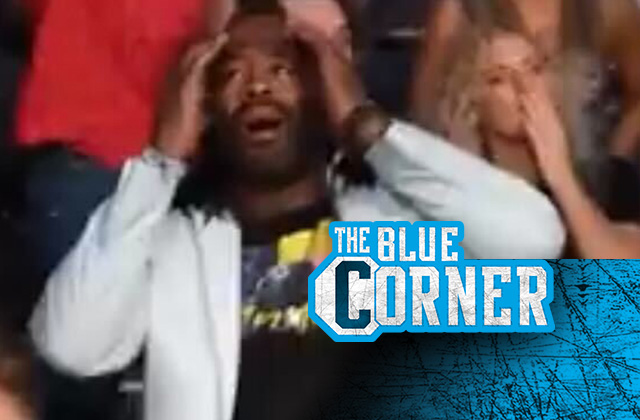